Joseph Dudek Comes to the U.S. 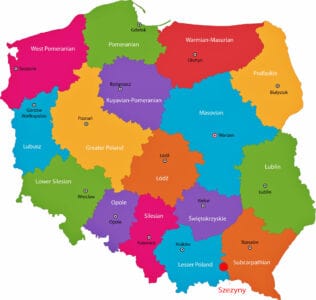 In 1930, at age 21, Ignatius Joseph Dudek came to the United States from Szezyny, Poland. Joseph was the youngest of nine children born to Apolonia and Antonio Dudek. His older brother, Carl, died during World War 1. Joseph is pictured below with his parents, two sisters, and a niece. 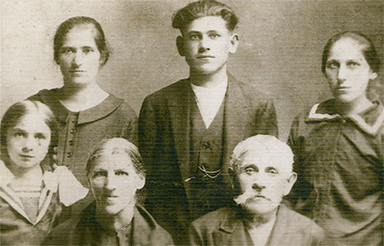 Following the war, the Dudek family was suffering from the economic and political after-effects in Poland.  Joseph’s older siblings, William and Paulina, decided to immigrate to the United States.

Hoping to escape the dire financial situation in Poland, Joseph landed in the United States just in time for the Great Depression. He told his children that he would have returned to Poland had he been able to scrape together enough money for passage home.  Instead, he continued working for his brother for 16 years.

Joseph met his future wife, Angeline Anna i Franciszek Vyka, in Chicago.  Angeline was born in the United States to Polish immigrants. After both her parents died within two weeks of one another during the influenza pandemic, Angeline (age 5) and her older brother, Steve, were sent back to Poland to her grandparents’ farm near Krakow.  Her brother Frank went to live with other relatives in Poland and died at age 19 from an infection. Angeline returned to the U.S. (to Trenton, New Jersey) when she was 14, where she lived with her brother Steve.  She later moved to Chicago, and met Joseph Dudek while she was working at a bakery.

After meeting Angeline, Joe gave up his thoughts of returning to Poland.  Joseph and Angeline were married on September 29, 1934, at Holy Trinity Church (the Warsaw Polish Catholic Seat in Chicago).  Following his marriage, Joseph continued working at William Dudek Manufacturing. Joseph and Angeline had four children–Theresa, Walter, Patricia and John—several of whom would later follow him into the family business.