Bob Funk, Industrial Engineer with Dudek & Bock, retired after almost 20 years of service.  Bob joined the Dudek & Bock team in 1998. Over the years Bob was responsible for numerous tasks, including plant layout, machine placement, product packaging, development of standards, and too many reports to count! We wish Bob well in this new phase of his life.

Pictured below are Bob Funk and John Dudek, President of Dudek & Bock. 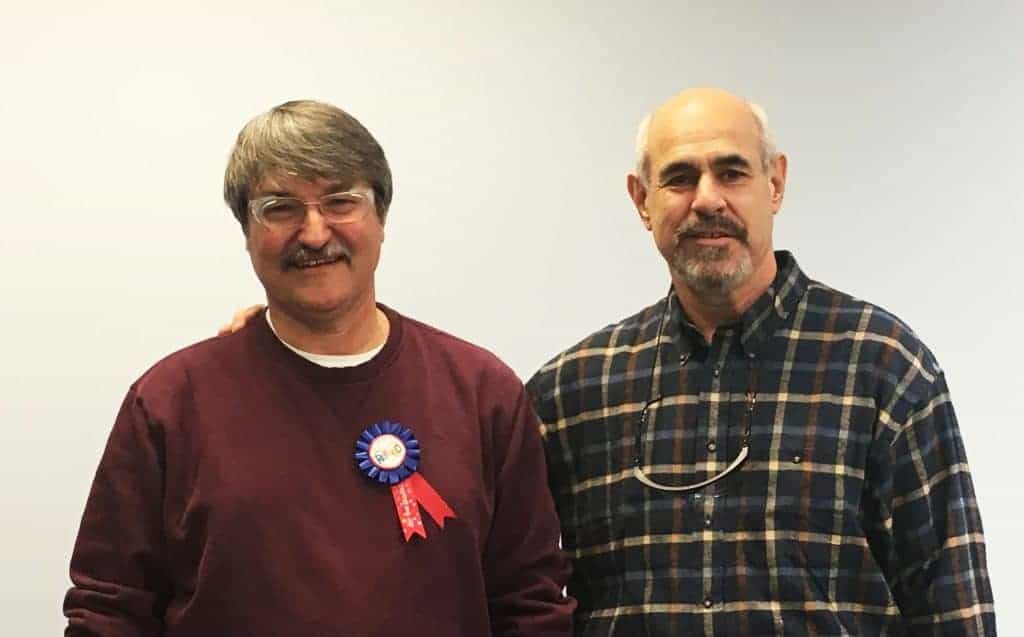 Dudek and Bock bid farewell to Eugene Bochnak, who retired after over 50 years of service to the company. Eugene joined Dudek and Bock in 1966. He worked for the company in several departments, and retired as a Toolmaker in our Brake Spring Department. He was joined by his co-workers, as well as members of the Dudek and Bochnak families for a retirement celebration. His dedication, expertise, and extensive experience will be missed. His colleagues will miss him personally as well, as a nicer co-worker cannot be found. Eugene, we wish you the best! 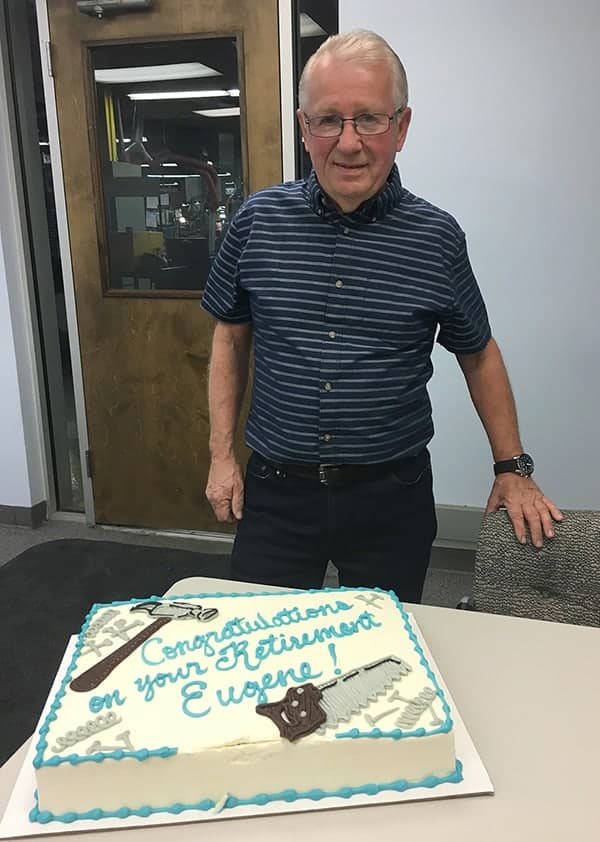 The Bat Passes From John Wrona to Jack Tchorz

The Team Player Bat is a long-standing tradition at Dudek & Bock to recognize employees who go ‘above and beyond’ as part of the Dudek & Bock team. In October 2017, John Wrona (left), our Facilities Manager passed the bat to Engineer Jack Tchorz. Dudek & Bock President John Dudek and Human Resources Manager Katie O’Leary preside over the Passing of the Bat ceremony.

The Bat passes from Raul Morales to John Wrona

The Team Player Bat is a long-standing tradition at Dudek & Bock to recognize employees who go ‘above and beyond’ as part of the Dudek & Bock team. In July 2017, Raul Morales (left), Technical Engineer, passed the bat to John Wrona (middle), our Facilities Manager. Dudek & Bock President John Dudek (right) presides over the Passing of the Bat ceremony.